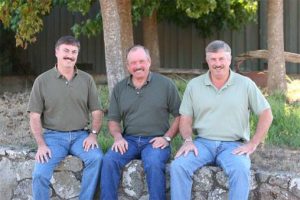 Nicasio Valley Cheese Company began when Fredolino Lafranchi immigrated from Switzerland to the Marin County town of Nicasio, with the dream of opening his own dairy. In 1919, he and his wife established the Lafranchi Dairy. His children and grandchildren carried on the family business and established the Nicasio Valley Cheese Company in 2010. They use fresh 100% organic milk exclusively from the Lafranchi Dairy to create their artisan cheeses.